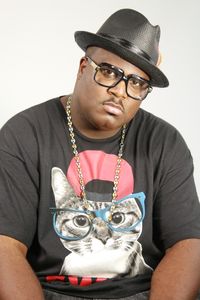 Known for his passionate lyrics, Good son is a true “Bridge artist” that wears multiple hats. Good Son bridges those musical, cultural, age, and religious barriers that seem to stifle a lot of artists. Aside from being a rapper, Good Son’s background includes experience as a worship leader and an effective teacher. Those elements seem to mesh together and spill over into his music. Good Son embodies the term “Heart on your sleeve” in that he writes songs that are transparent and heart felt. With that passion Good Son sites many influences that helped to shape him into a well-rounded artist. One being his partner in rhyme and collaborator Emazin’ they seem to compliment and sharpen each other so much so that as a Duo they released three albums to date "Words of flame", "Serious", "National Anthems" as well as one solo project entitled "Heart Service." Since 2005 they have performed 50 to 100 shows a year from Detroit to New York, Atlanta to Cleveland, OH and many places in between. As part of the group Emazin’ & Good Son, Good Son has shared the stage with some of Gospel music’s biggest names, his biggest milestone to date was opening for Motown superstar Kem in their hometown of Detroit in front of more than Four Thousand people. Now affectionately known as O.G. to the younger artist and ministers he is connected with, Goodson's Goal is to be more of a mentor and a teacher. After over a decade of rocking shows and releasing music "Mr Collins Opus" is a fitting reintroduction as well as twilight project for the veteran artist. Originally a 6 song Ep called the revolver EP Opus morphed into what it is now which is a classic composition full of collaborations, consciousness and hot beats.